I am currently still working on these.

Character A B and C

enter vehicle at the same time.


AUTO is the driver.

B and C look classy and one's in red.

AUTO stopped the seat from moving forward automatically when they entered.


There's something off about the two in the back.

AUTO doesn't close their center console.
There's an interesting knife and a gun.

AUTO picks up a knife from the center console.
AUTO clicks the knife twice.


The two in the back look normal. One though, notices the noise and can distinguish it.

Their ride begins.
back 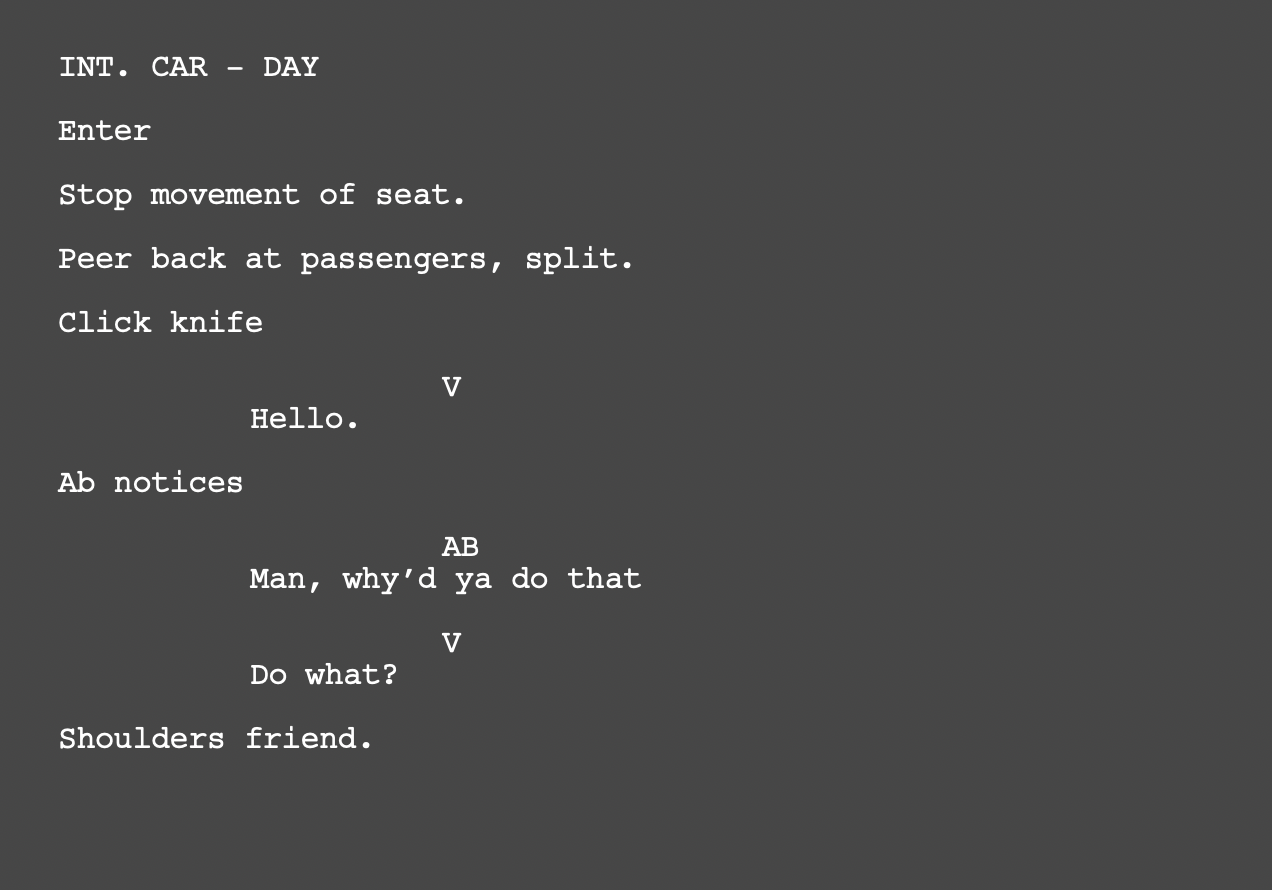 A gentle knock on a car window.

The driver unlocks the door for the passenger. He enters.

He brought tape and is here to clean the car now that everyone has shot movies in it all day.

The driver's not amused. 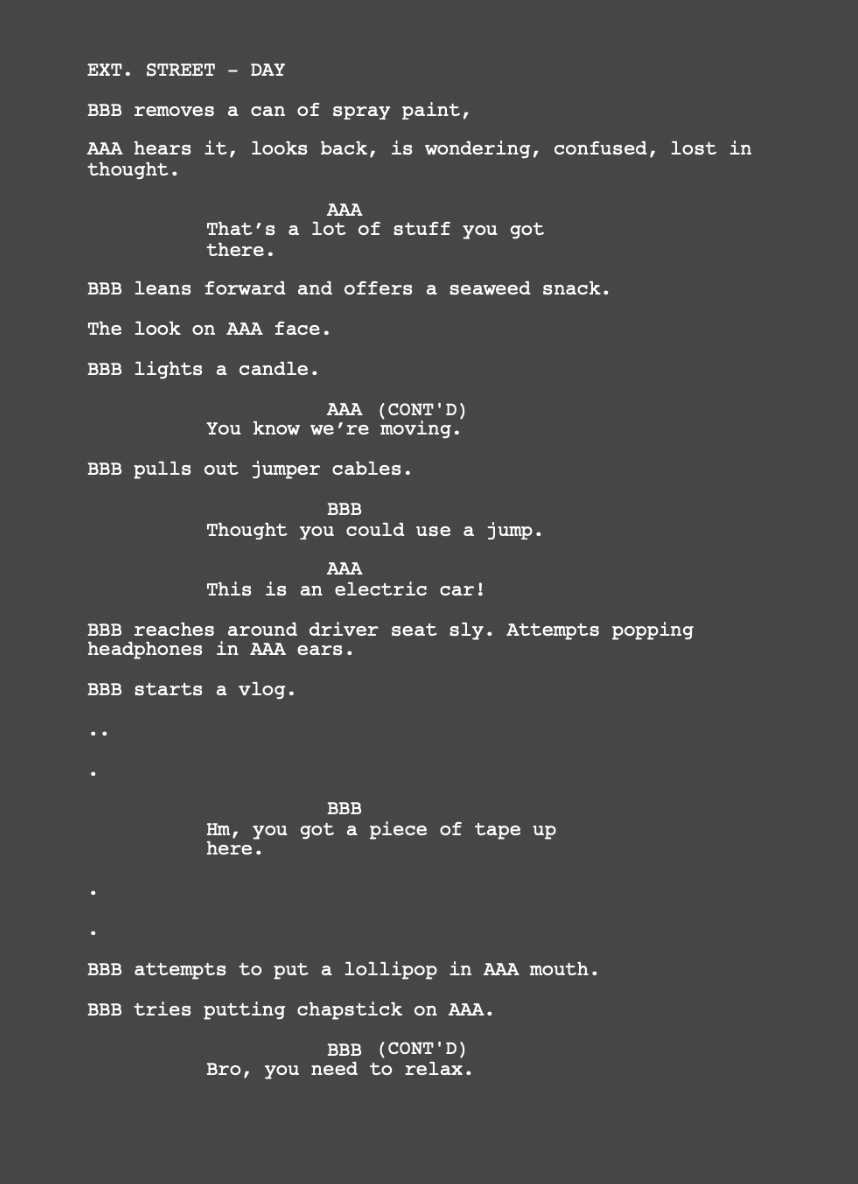 this one is actually weird.

it's a bit scifi. we're not really sure what's going on in here.

there's tape everywhere?
it's hanging from the ceiling of the vehicle.

what do we do?
i'm not really sure about the music, either. 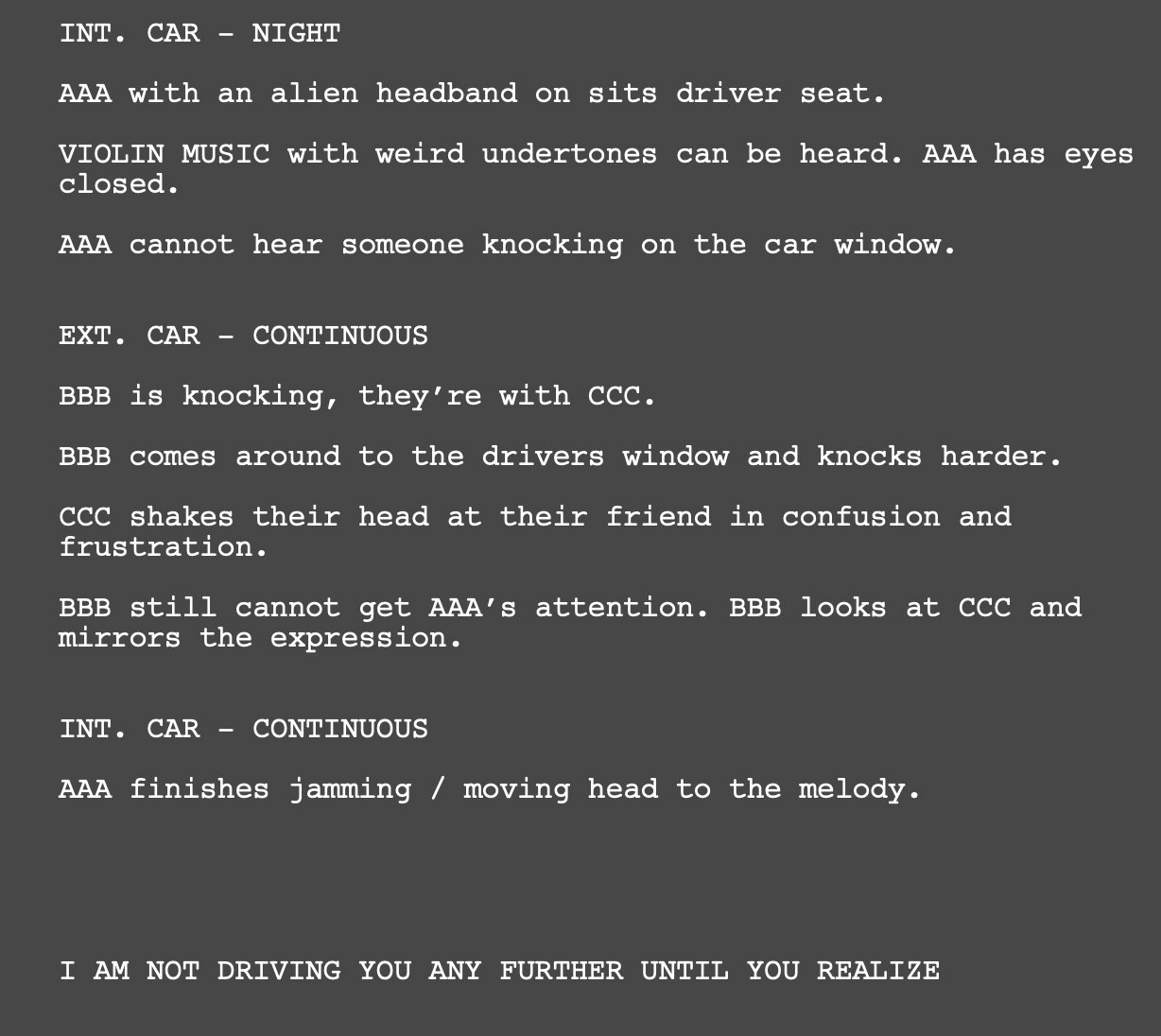